I have been Playing 35 yrs.
I lived in San Diego for 4 yrs and played in Irish bars there back in 1988 also in Sydney, Australia for over a year in 1992 and gigged there. I later returned to U.S and lived in Washington DC, and later Frederick, Maryland, and played there.  Returned to Ireland, married, kids came along and I put away the guitar for about 10 yrs.

Started back playing again and I continue to play in Tralee( my town), Co.Kerry in Hotels and bars.

When I bought an apt in Villaricos, I brought over a few guitars and amp that I had spare and decided to play music while on holiday.
Hence here I am.

I wrote a Christmas song with some input by John Buggy and recorded it” A Christmas Hug”, Richard Stanley was very good in sharing it on Spectrum Radio last Christmas. I write serious songs also which I sing at my gigs.

I hope to spend more time in Spain as my children are now young ladies doing the college scene. Gives me more free time to live in the moment and try best I can to enjoy life and do what makes me happy. 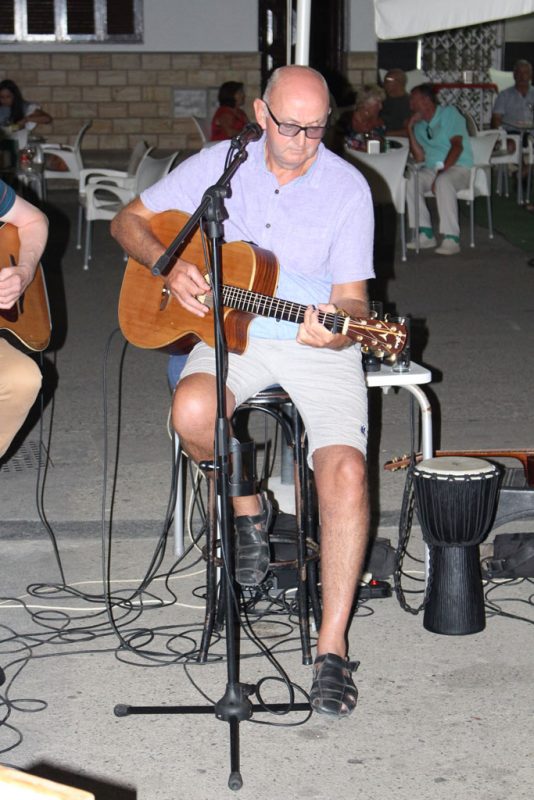