From an early age music was one of Austin Slacks biggest passions. He spent his childhood in concerts and listened to music at every opportunity.

Born in the UK, he moved to Spain at the age of four and has grown up listening mainly to Spanish artists. At the age of nine he was bought his first guitar, a traditional Spanish guitar bought in a small hardware shop in Caravaca de la Cruz. Having had private classes and attending a music workshop with the Animeros of Caravaca, his life as a musician started.

At the end of 2011 he formed his first group “Magnetik Surf”, with this band he started playing around the region of Murcia, and also started guesting on stages, with artists and bands both national and international like, Love Of Lesbian, Varry Brava, Neuman, Ian Parker, Derrin Nauendorf and Los Coronas to name a few.

At the end of 2013 he formed “The Streeters” a band born on the streets of Murcia, now playing on the coast from Valencia down to Almeria, in 2015 alone they played over 260 shows. In the last few years, Austin as a guitarist, has started to create his own sound and also has started to be influenced by more international artists. Also in the same year Austin was given the chance to play with Maná in Benidorm in front of a crowd of 20.000, he also went to play with Temas Incómodos in Barcelona and Joanne Shaw Taylor in Javea, these were some of his most memorable musical highlights of the year. We start 2016 with some great news on the Horizon as he continues playing up and down the coast with his young but experienced age of 16, with bigger things to come…I am sure. 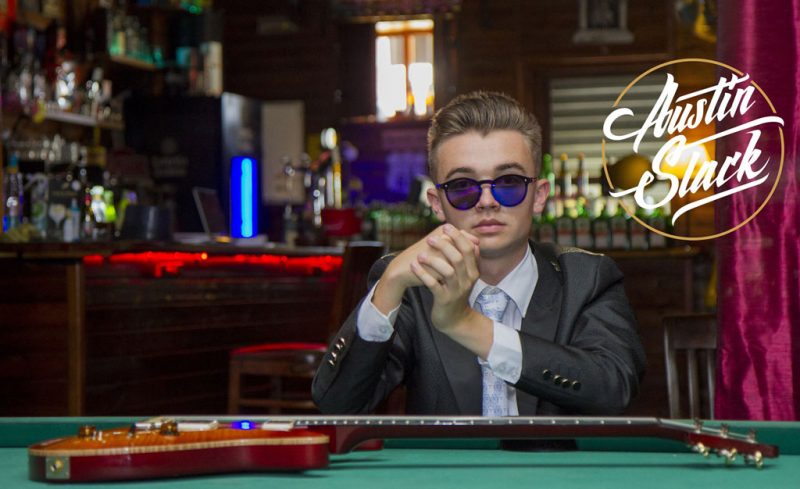